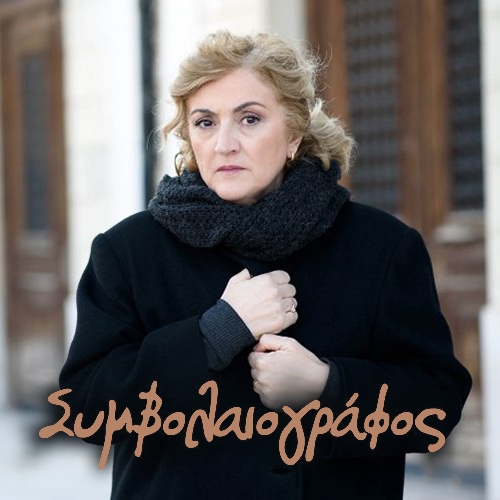 The grand success returns for a few anniversary performances

On October 20th, 2010, began the exciting journey of the exquisite monologue  by Nikos Vassiliadis, directed by George Karamichos, with Iro Mane in the most shocking interpretation of her career.  11 years later, on October 20th, 2021, the tragic comedy, which both moved and troubled, was loved by the public and received rave reviews, comes to the Theatre Hall of the Michael Cacoyannis Foundation, for a limited number of anniversary performances.

A performance which is both an apology and a confession  transports us to another era.

Erasmia, a widow, raises her only daughter trapped in her pavilion and in the suffocating environment of a provincial town full of taboos, stereotypes and prejudices that prevent her from desires, from falling in love, and ultimately, from living.

It is a grave offense for her to desire what she should not.  The temptation exists inside her own home.  He is her brother in law.  He goes by the name Argyris.  He is short but well endowed.  And how could Erasmia possibly go against libido.  Evil is not slow to happen… it desires the forbidden.  And when she dares to invite it, the punishment is immediate and disastrous.

Let him understand who can…

Iro Mane in the role of Erasmia.

Writing about the performance:

“George Karamichos in his first direction in adaptation, of the novel “The Notary Public” by Nikos Vassiliadis, together with Emmanuela Alexiou, conjured with humour, controlled passion and balanced courage, Iro Mane in a scandalous monologue, full of juice and folksy estrus, lust and provincial petty-bourgeois ethics with  hidden perversions and  pure-minded morals”.

“An unrecognizable Iro Mane was revealed to the public with the “Notary Public”.  Without losing her balanced comedic instinct, which has established her audience, she is bravely tested in her dramatic interpretive range, balancing admirably between the joys and the tragic nuances of the role of the sexless Erasmia.”

“(Iro Mane) as Erasmia, mature, master of her media, with sharpened sensibilities, technique and self-control, composed an interpretive score for voice, personal rhythms and breathing, movement, expression, instantaneous transitions of style, speech, idioms and gestures.  She surprised by shooting from dramatic to comic idiom, with the femininity of her transformation and with the aesthetic measure that does not allow the spicy or bold implication to fall into a sexist abstention for the audience.  Mane’s Erasmia has been inscribed in the brilliant series of classic, modern Greek monologues”.

Spectators, including minors from 12 years of age upwards may enter following a mandatory demonstration of the following:

a)  certificate of vaccination, in accordance with par. 2 of article 10 of sub-no. 1, or

b)  certificate of recovery issued thirty (30) days after the first positive control with validity lasting up to one hundred and eighty (180) days following, according to par. 3 of article 10 of sub-no. 1

c)  Police ID or driver’s license or passport or other proof of identity in order to carry out an identity check on the above under (a) and (b).

The above certificates (a) and (b) are displayed either in printed form, electronically  or via mobile app, which the owner or legal representative of the company (or authorized person) scans electronically through the special application of article 33 of law 4816/2021 (A’118) Covid Free GR.

Alternatively, for foreigners from a third country (outside the European Union, the persons of the previous paragraph,  check the above certificates in hard copy.

Minors aged between four (4) and eleven (11) years of age may submit a self test statement of the last 24 hours, performed by either a parent (custodian or not), or guardian, in accordance with par. 3 of article 10 of sub no. 1.  No physical presence is required by parent or guardian.