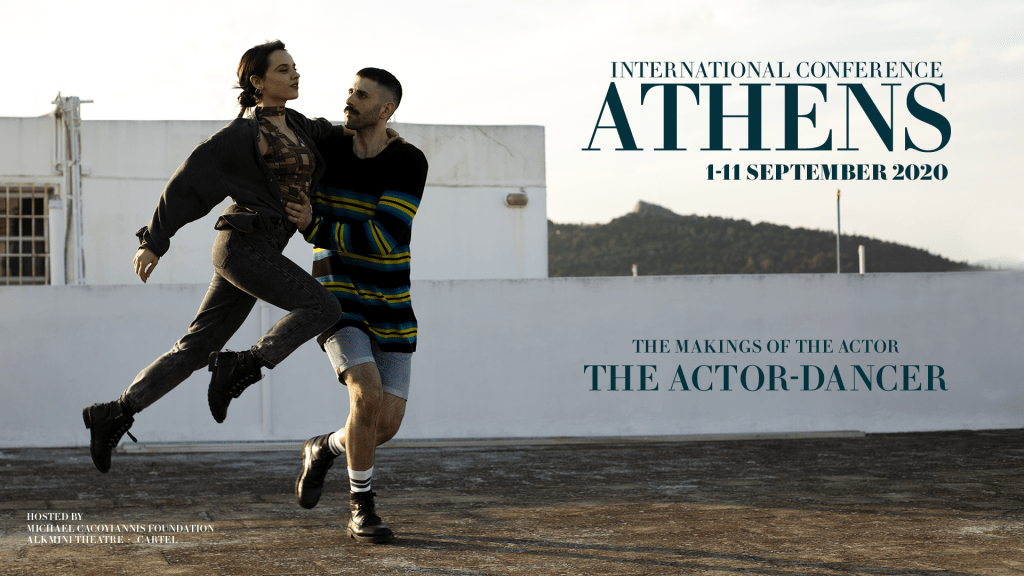 The Makings of the Actor: The Actor-Dancer is an international conference held under the auspices of the Michael Cacoyiannis Foundation, the Royal Central School of Speech and Drama, and the Labanarium, organized by Post-doctoral Researcher Dr Kiki Selioni.

The Actor-Dancer conference will be the first of a series of international events under the aegis of The Makings of the Actor. The mission of The Makings of the Actorproject is to gather international practitioners and researchers, from diverse fields of performance practice and scholarship, to develop and disseminate (through conferences and workshops) an evolving performance pedagogy that addresses the needs of present and future actors.

In recognition of  both the global reach of the actor dancer network and the current pandemic, participants are invited to take part either in person or virtually.  Conference proceedings will be live-streamed; papers, and where appropriate workshops, can be presented remotely.

Katia Savrami Associate Professor of Choreology at the Department of Theatre Studies at the University of Patras, Greece.

Stanislavsky asserted: “[o]ur kind of theatre is fragile and if those who create it don’t take constant care of it, don’t keep moving it forward, do not develop and perfect it, it will soon die.” (qtd. in Toporkov, 2004:106). The Makings of the Actor project seeks to explore how those who create theatre can continue to move it forward and develop it, with a particular focus on the training of the actor.

Through a dialogue between traditional approaches to the work of the actor and the “new triumphs of science” (Stanislavski, 1989:330) — such as those afforded by phenomenology and social neuroscience — The Makings of the Actor seeks to foster answers to questions formulated by Clive Barker (1995), questions which underpin any enquiry into acting pedagogy:

Given the multiplicity of methods of training and concepts of theatre, can we work to discover a basic common core? Can we start from certain basic choices? The voice useful against the voice beautiful? Free-flow dance movement against rigid systems? The principle that action must be released before it can be controlled? Anarchy preceding order and discipline? Are there basic spatial skills, the orientation of the body in space, which must be learned?

For his part, Laban sought to address such questions by asserting the commonalities that exist between the work of the actor and that of the dancer through his theory of effort, rhythms and flow. When referring to this commonality, Karen Bradley (2009) writes:

Laban saw theatre and dance as not-altogether separate spokes on the same wheel: artistic performance. In the book, Mastery of Movement, he did not differentiate much between character development for theatre and rich, clear dance performance.

In developing his own innovative theories, Laban looked to the present as well as to the future, and also countenanced the past: he was dramatically influenced by Lucian’s book Peri Orcheseos, written in 2nd AD. Although Lucian addresses a kind of dance known in the Greek theatre as Orchesis (first referred to by Aristotle in About Poetics), he speaks about an ‘actor-dancer’ who acts without speech. The nature of the actor-as-dancer in Lucian’s sense is further exemplified by the work of modern luminaries, including Jaques Lecoq, Michael Chekhov, Tadushi Suzuki, and the Viewpoints model developed by Mary Overlie and Anne Bogart.

During performance, acting –like dancing – is experienced through the body’s rhythms, the flow of its movement, including the rhythm and flow of the voice, for, as Patsy Rodenburg (1997; 2015) asserts, speaking too is an embodied activity. In theatre art, each character is a unique synthesis of these elements. It follows that acting is the art of the transformation of rhythms, and thus actors must be trained in order to enrich their rhythms and flow.  Furthermore, critical to the development of the actor-dancer is that their body and psyche are “trained together to achieve a sense of inner-outer co-ordination.” (Merlin, 2007:18).

This model of the actor-dancer is mindful of both the actor-dancer’s origins in Greece and of certain contemporary training practices, while serving as a provocation for a discussion on how the pedagogy of actor training might continue to “move forward.”

In this regard, The Makings of the Actor acknowledges that “[s]ome phenomenological critics have asserted that teaching practices are often rooted in ‘commonsense’ assumptions that go relatively unchallenged by both teachers and students” (Giroux, 2011: XX).  Practitioners, argue Fisher-Yoshida et al (2009)

…tend to operate on tacit knowledge and base their future actions on previous experiences, without necessarily considering the theoretical underpinning of the approach; the range of practice may be broad and eclectic. Alternatively, scholars operate from focused depth in the grounding that theory provides. There are dealt with in their purest form, with little evidence of the blending characteristics of a more pragmatic approach.

The questions that arise are:

What is the training of this specific entity, the actor-dancer?

How can the education in or out of the academies provide the right tools to the actor-dancer?

What is the spiritual and intellectual training of an actor-dancer?

It is in the space between — the middle ground — where the The Makings of the Actor: The Actor-Dancer conference aims to reside, drawing upon “the best of the worlds of both theory and practice” and “bridging the divide” (ibid.), seeking to advance the pedagogy of actor training through a dialogue between practice and scholarly research.

The themes this conference seeks to address include, but are not limited to:

We are open to applications for the following:

for papers please send your abstract of 200 words for your oral presentation in word doc form, including title, institutional affiliation, your brief cv and email address. the paper presentations will be 40 min, followed by a 10 min discussion with the audience/participants. we accept submissions for online paper presentations.

submissions of teaching demonstrations must be in english and can be up to 4 pages (including references and figures) in a word doc form, including title, institutional affiliation, your brief cv and email address. the first 2 pages are expected to describe your approach. the third and fourth pages are expected to be used for images, references, and technical requirements. you can expect wireless network access. 15-25 students will be provided for all accepted demonstrations. the demonstrations allows practitioners/researchers to demonstrate their works in teaching in a dedicated session of 100 min., followed by a 20 min discussion with the audience/participants.we accept submissions for online teaching demonstrations.

performances will take place at mcf, alkmini theatre and cartel. proposals must outline the planned work accurately in 2 pages in a word doc form and must include title, brief cv, technical requirements, images and video. performance running times must be 20-90 min., followed by a 20 min discussion with the audience/participants.

please send your submission by the 5th of july 2020 to: kiki.selioni@cssd.ac.uk

If an official invitation is required earlier for research funding purposes, please contact kiki.selioni@cssd.ac.uk and ensure that you submit your abstract as early as possible.

paper presentations, teaching demonstrations and performances will be held between 2– 11 september  2020

the laban-malmgren system of movement psychology and character analysis isan influential actor training methodology which has helped to shape the thinking and work of some of the most expressive actors of our time, including anthony hopkins, colin firth, michael fassbender and tom hardy. the system is an original synthesis of rudolf laban’s late-career ideas on movement, jungian typology and stanislavskian physical action, brought together by the dancer and acting teacher yat malmgren (1916-2002). the system continues to be taught in conservatoires and university drama departments across the world.

the workshop will provide an overview of the theoretical basis and the practice of the system as well as the challenges cognitive science poses to some of its core assumptions.  it will also demonstrate how character analysis works – that is, how the system can be applied to understanding well-known characters from classical drama and how character transformations may be achieved.

vladimir mirodan, phd, frsa is emeritus professor of theatre, university of the arts london.  trained on the directors course at drama centre london, he has directed over 50 productions in the uk as well as internationally and has taught and directed in most leading drama schools in the uk. he was vice-principal and director of drama at the royal conservatoire of scotland, principal of drama centre london and director of development and research leader, drama and performance, central saint martins.  he is a former chairman of the conference of drama schools and a deputy chair of the national council for drama training.  he is currently the chair of the directors guild of great britain trust and of the directors charitable foundation.

professor mirodan’s research interests revolve around issues of acting psychology, in particular as this relates to the neuropsychology of gesture and posture.  the actor and the character, his book on the psychology of transformation in acting, was published by routledge in november 2018.  together with neuroscientists from university college london, professor mirodan is engaged in a research project on emotional contagion funded by the leverhulme foundation.  professor mirodan is a member of the editorial board of the journal stanislavski studies and review editor of the journal frontiers in performance science.

tim robins is a director and teacher of acting/movement in the laban-malmgren system and stanislavsky traditions. a graduate of both nida and the drama centre london, he was granted a full scholarship and australian arts council grant to spent a post graduate year at drama centre as an assistant teacher to yat malmgren before returning to his native australia, where he taught and directed at various schools and companies including nida, nimrod theatre, the mcdonald college (head of drama) and the drama studio sydney, which he founded. he has directed productions and taught the laban-malmgren system at the drama centre london for 10 years. his students from both australia and the uk have been recognised by many, including winning academy awards, baftas, afi awards and nominations.

2nd workshop: speech movements as action and gesture: the actor as dancer

speech movements as action and gesture – really being aware of them as a physical expression and in some ways as fundamentally being acting itself.  when mixing voice and movement, it is often easy to focus on the large muscles and the big dynamic shifts, but the minutiae of the act of speech are as much a representation of voice as movement, the actor as dancer.

the first session offers an exploration of consonants as inherently physical actions, arising from the body. the second looks at how this works specifically in a battle of wits/language, using a piece of comedic text.

morwenna rowe has been a voice and performance coach for two decades. since graduating with a distinction in voice studies from royal central, and completing physical theatre training with philippe gaulier, she has taught in the uk’s leading actor training conservatoires. she currently lectures in voice at royal central, with sole responsibility for the ma acting voice programme, and is an associate teacher of rada. outside of conservatoire actor training, she has worked as performance, voice and dialect coach for the bbc, the rsc, in the west end and for feature film. in recent years, she coached ‘the tempest’ for the bbc, ‘wars of the roses’, ‘king john’ and ‘a midsummer night’s dream’ for sir trevor nunn, and ‘the island’ for southwark playhouse.

this workshop will combine physical risk-taking with a sense of play,
creating a unique but highly accessible stage language. we will be
constantly challenging the body, working on the edge of what’s possible.
the workshop includes elements of improvisation, acting, physical theatre,
contemporary dance and contact improvisation, with an emphasis on flow,
flexibility and team-working. we will be working with specific themes and
physical tasks as motivation for movements and emotions.

rodenburg, p. (2015). the right to speak: working with the voice. bloomsbury methuen drama. 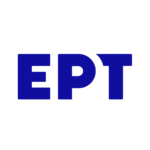