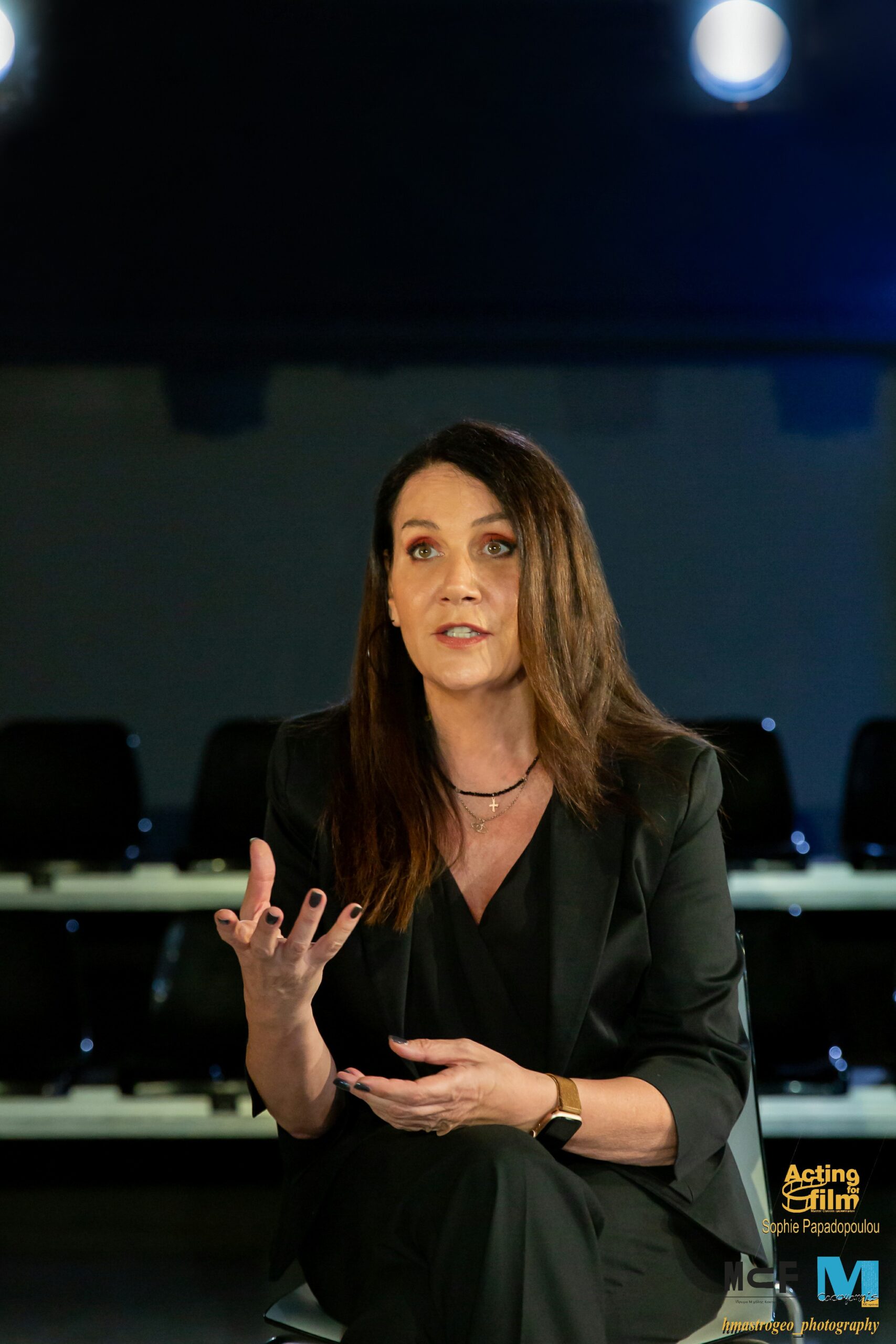 Drawing from Toronto, Canada – Sophie is an Actor and Acting Coach, and in the recent years a Producer and Director, presently living in Athens. Sophie is an enthusiast of the dramatic arts, with extensive experience in theater and film. Motivated and passionate, she employs her leadership skills and multi-tasking strengths to push creative boundaries in shaping and executing projects in the theater and film industry, while she maintains a strong network of international contacts.

​Sophie is the founder of IWA, an Actors Studio and Productions platform.  IWA has spearheaded a variety of events, workshops, conferences, seminars, and festivals in collaboration with renowned professionals from the US and Canada, the United Kingdom, and the EU. IWA is exclusively affiliated with the Beverly Hills Playhouse (BHP) in Los Angeles, an acclaimed acting venue founded by the late Milton Katselas, which boasts famous alumni like George Clooney, Michele Pfeifer, Kate Hudson et.al. Sophie has been teaching BHP’s acting technique at the Michael Cacoyianni Foundation (MCF) since 2011. Recently, she was also a guest instructor in the very successful ‘Laboratory of Young Theatrical Writers (Enthesy) in Athens.

​In 2018-2019, Sophie directed and produced Allen Barton’s play “Years to the Day”, voted one of the 10 best plays by the LA Weekly in 2013 at the Michael Cacoyianni Foundation for two consecutive seasons, which was greatly received by critics and audiences.

​As an independent Film Producer, she has worked on several projects focusing on business development, script commercialization and marketing communications. In 2015, she produced the short “Au Revoir”, and in 2008, she was co-producer to the American film “Emma Blue’.  In 2008, she also raised  financing for a feature film at the American Film Market, while in 2013, she represented the Greek Film Center at the Toronto International Film Festival (TIFF) – “City to City” Program honoring Greek Directors.  In the 2009-2014 period, Sophie was a jury member of the London Greek Film Festival.

​Sophie received her dramatic arts training at the Toronto School of Drama, and her most recent acting credit was the role of Doctor Helen – a psychiatrist – in the Canadian comedy film “The Light Touch” directed by Robert Maclean.

​She is also certified Life Coach and member of the Association for Coaching, and she successfully employs acting techniques in the one-to-one coaching of CEOs, and political Leaders in self-management and empowerment techniques, and the development of communication skills for public speaking and presentations.

​In addition, Sophie also has received an education in Business Administration at York University and the American College of Greece and has gained meaningful professional experience as a marketing and public relations executive at a major US advertising company, and a multinational cosmetics group.

Board Member – Advisory I Michael Cacoyianni Foundation I Athens – Greece