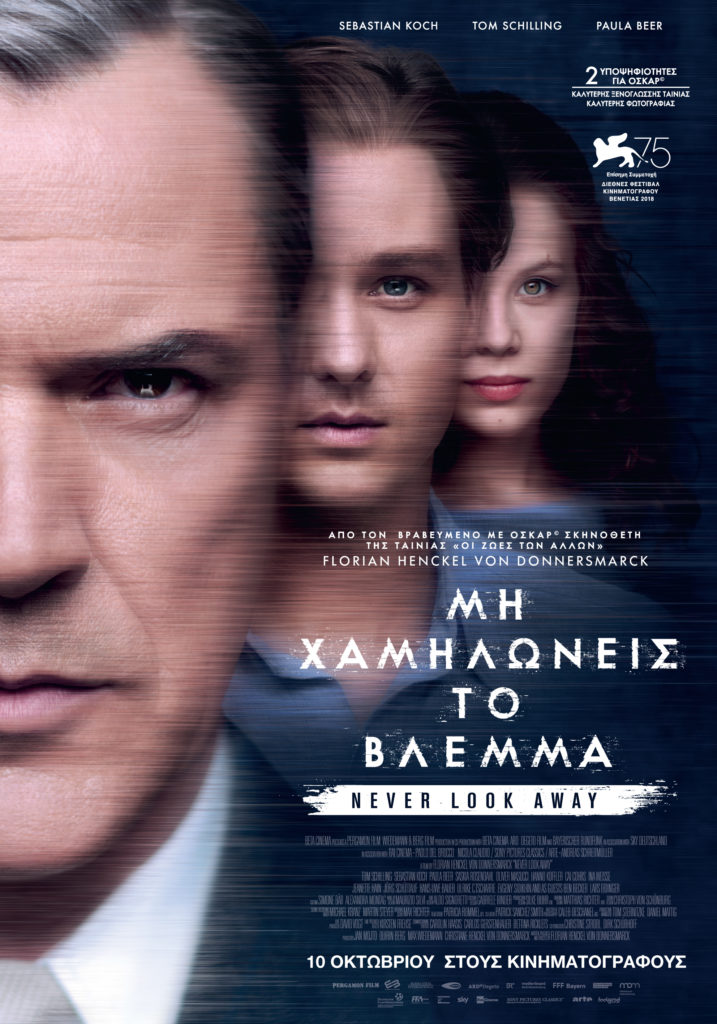 The beloved actor of “The Lives of Others” and “God Loves Caviar” Sebastian Koch attended yesterday Tuesday 8 October the panhellenic premiere of the film “Never Look Away” (nominated for 2 Oscars) by Henckel von Donnersmarck at MCF.

Prior to the begging of the film the Executive Director of Feelgood Entertainment,  Irini Souganidou spoke about “the selective convenience of a film that belongs to that rare kind of films that find a place in the viewers mind and heart and make the audience leaving the cinema with a bigger faith to people,  arts and in the end, life.

“Art may not be capable of changing the world but can offer relief. If we “never look away” and we face the truth in a positive and optimistic way, we will manage to enjoy the journey, as difficult as it may be.”  By using these director’s words, Ms. Souganidou welcomed on stage Sebastian Koch who thanked the audience for their presence at the premiere.

In theatres from Thursday 10 October 2019 by Feelgood

Young artist Kurt Barnert (Tom Schilling) has fled to West-Germany, but he continues to be tormented by the experiences he made in his childhood and youth in the Nazi years and during the GDR-regime. When he meets the student Ellie (Paula Beer), he is convinced that he has met the love of his life and begins to create paintings that mirror not only his own fate, but also the traumas of an entire generation.