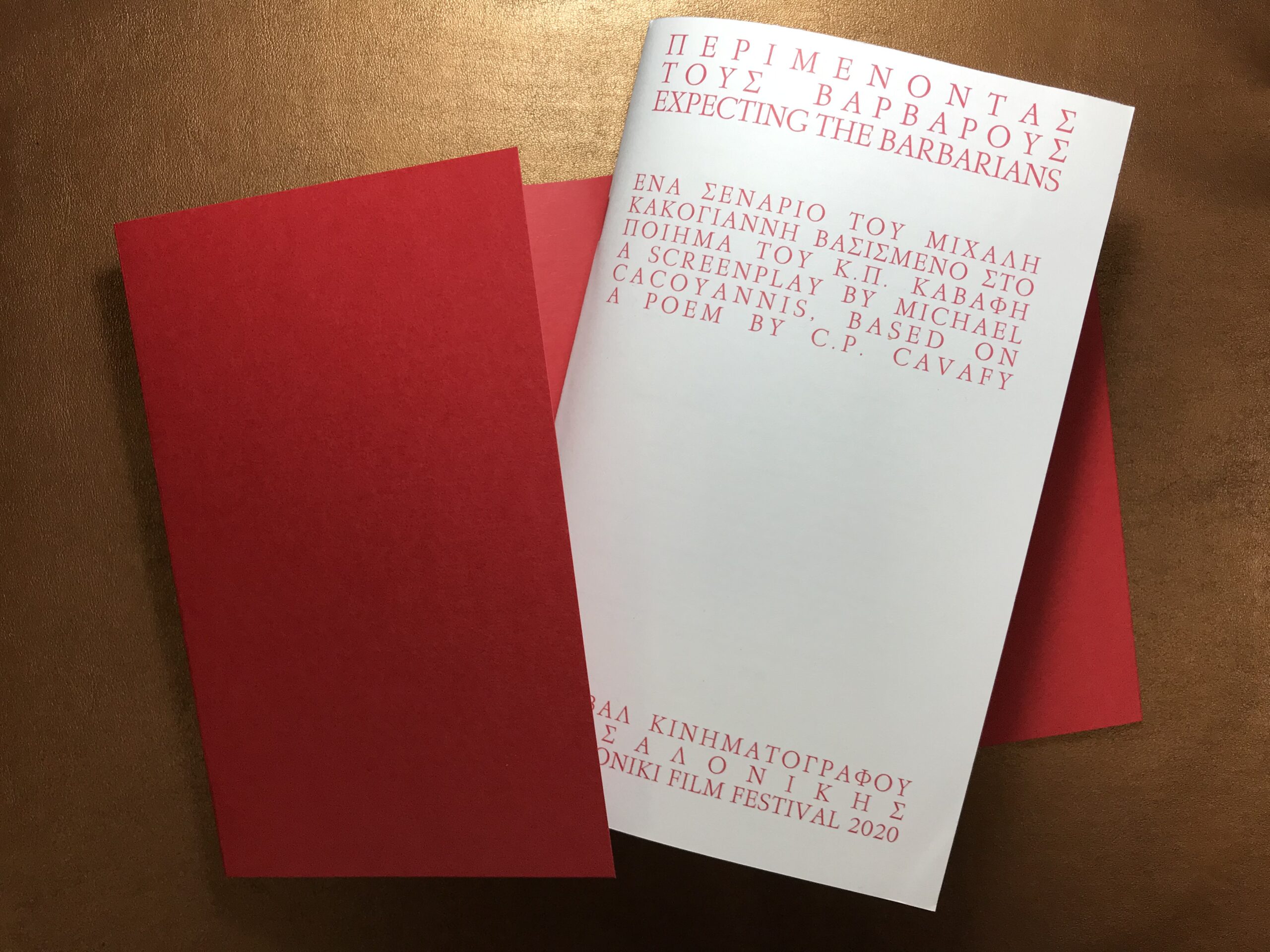 The special collectors’ edition,  IN APPRECIATION,  represents the expression of gratitude from the Thessaloniki Film Festival towards the friends and personalities both in Greece and abroad who have offered their support and encouragement, sharing and hoping alongside the people of the important Greek cinematographic institution.

The special edition IN APPRECIATION was published, out of commerce, for the Thessaloniki Film festival, with the unpublished script by Michael Cacoyannis “Expecting the Barbarians”, inspired by the homonymous poem by Constantine Cavafy.

The Michael Cacoyannis Foundation gladly offered the script for the edition and in turn extends heartfelt thanks to the Thessaloniki Film Festival and its colleagues for this great honour.

The artwork featured in the publication was created by the artist Sofia Rozaki.