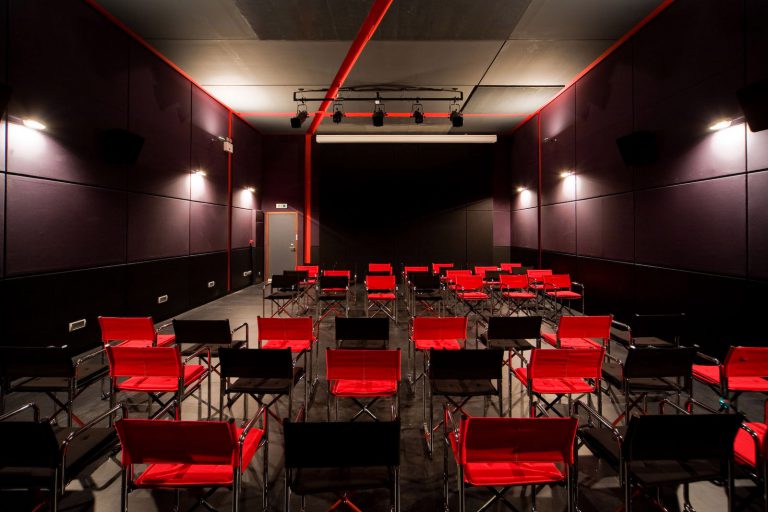 The hall can accommodate up to 70 seats in different patterns.

Its main use is for screening; however it can be utilized for other events such as seminaries, teaching, theatrical and dancing performances or rehearsals and practicing.

The hall is equipped with a digital projector, placed in a special projection booth, as well as with a pull up screen. A Dolby Surround system is installed, while focused ceiling spotlights contribute the performances. The hall is actually a “black box” interrupted by intense red lines; vertical on the walls and diagonal on the ceiling. The mobile seats, black and red, are of the same aesthetics.